“The poet Nikita Gill wrote: ‘If you have been brutally broken, but still have the courage to be gentle to others, then you deserve a love deeper than the ocean itself.’ I have always believed in kindness.

Once, when I was in South Africa, I had a very bad accident, injuring my spine. Sometimes the pain was so bad that it made it difficult to walk, or even think. I was in the African bush, in a bungalow at the Royal Malewane, in Greater Kruger National Park, and an elephant started following me everywhere, as if he were feeling my pain, as if he were trying to protect me. At night, I saw his eyes looking at me. People asked me if I was scared, but I felt completely safe when he was close to me. Sometimes he just looked at me. At other times, he would break a branch off of a tree and eat the leaves for his mid-morning snack. Sometimes he would try to get my attention in a funny, strangely ‘shy,’ and delicate way.

The African people at the lodge told me that I was an elephant whisperer. At the same time, a strong connection to nature was making me stronger. Maybe sensing that it was my last day there, the elephant brought some of his ‘family’ of female elephants and baby elephants to meet me. At that moment, in the bush, among a group of elephants, I felt that, one day, I would heal and I would return. I also owe a debt of gratitude to Deborah Calmeyer, creative entrepreneur and ‘lover of storytelling,’ founder of Roar Africa, for making my trip to South Africa possible.”

“The reason I chose an elephant as my logo is in memory of that elephant. An elephant is an animal with an incredible memory. He always remembers the people who loved and helped him, as well as those who hurt him. An elephant also represents trust, principles, reflection, stability, a calm approach. An elephant can be playful and joyful in a creative way, like when he has fun spraying water out of his trunk.”

A citizen of the world

Alessandra Mattanza has always had a great passion for writing. She started when she was ten years old, realizing she was good at it, as schoolmates loved to read her stories. She wrote her first novel at the age of sixteen. Since then, she has been working as a writer, a journalist, and a photographer for several magazines, newspapers, and publishing companies.

Alessandra was born in Brescia, Italy, close to Milan. She spent her childhood in Franciacorta, the hilly region of the famous sparkling wine of the same name and the beautiful Lake Iseo. At age five, she started studying ballet. From age six until she was a teenager, she performed in the theatre; she then devoted her time to acrobatic gymnastics, swimming, and tennis, as well. After college, she moved to Venice to study languages; literature; theatre; art; philosophy; psychology, specializing in Freud and Jung; and political science at the University Ca’ Foscari. She received a doctoral degree with a thesis in history and politics about the resistance movements against Hitler, which was later published. She also studied law to earn a degree in professional journalism.

Alessandra’s father supported his family, working as a banker; now he is a painter, what he has always been at heart since he was a young boy. Alessandra inherited his creativity and also his practical spirit. Her mother is from the Venice area. From her, Alessandra inherited her curiosity, a great passion for reading books, a love of movies, a spirit for adventure, and a spicy character. Venetians have always been great travelers, like Marco Polo, the great merchant, explorer, and writer who traveled through Asia along the Silk Road between 1271 and 1295. So, Alessandra started traveling and living around the world when she was a teenager, developing a great love for nature, the environment, and the protection of animals.

Alessandra spent several years in Munich, Germany, working as a journalist and photographer, first for Süddeutsche Zeitung, and then for another magazine associated with the Handelsblatt Group, where she was employed as an editor for ten years and for which she traveled a great deal. Alessandra has lived in Australia, New Zealand, French Polynesia, Kenya, London, Amsterdam, Berlin, Madrid, Bruxelles, and Paris. She currently splits her time between San Francisco, Los Angeles, New York, and Munich. She still spends several weeks a year traveling on assignment for the most popular fashion, travel, and style magazines. From time to time, she goes on expeditions, and she writes and publishes many books, including photographic books. She has won several awards at the National Journalism Awards in Los Angeles. 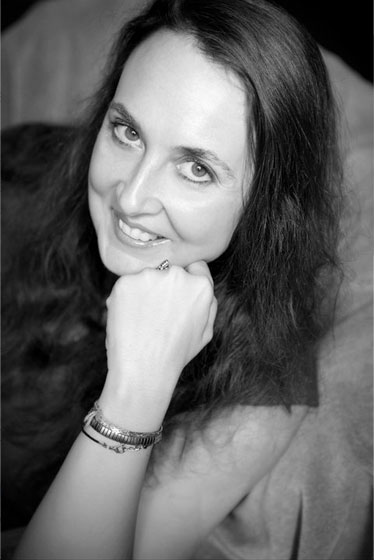 Usually focusing on art and culture, biographies and interviews, or specific social or environmental issues, Alessandra works in the production and development of campaigns, videos, and documentary films. She has produced documentary films for the television industry, such as Studio Universal / Universal Pictures and German TV. She has been a member of the World Council of People of the United Nations and collaborated with the United Nations during her ten years of residence in New York.